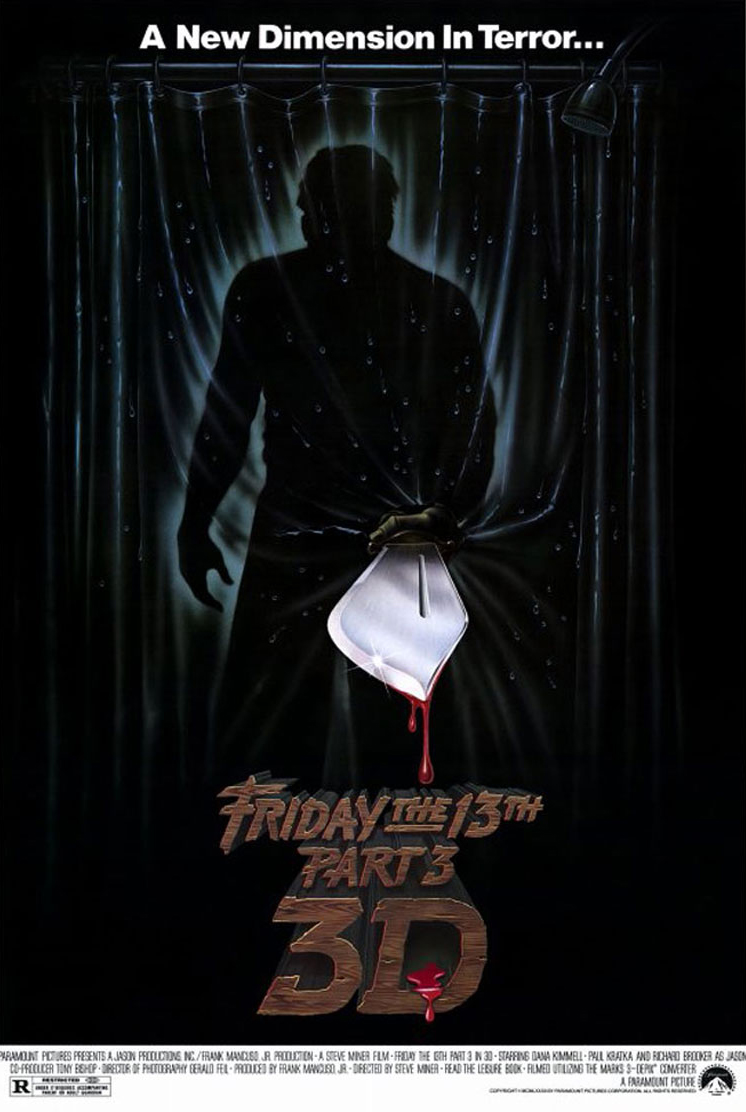 Picking up on the day after the carnage with homicidal maniac Jason Voorhees (Richard Brooker) stealing some clothes and killing a local store owner. Meanwhile, Chris Higgind (Dana Kimmell) and her sometimes boyfriend, Rick (Paul Kratka), are hosting a group of teenage friends at Chris' lake house. Despite a run-in with a local biker gang, they enjoy an amiable weekend together -- that is, until Jason begins knocking off kids and bikers alike.

Friday the 13th Part 3 is one of the Most recognizable slasher horror film of all time, due to the amazing performance by the late great Richard Brooker which would be the first time Jason Voorhees obtains his Hockey Mask, and defined appearance both cloth and physical body size-wise, this film would also give additional credit to Steve Miner who directed cult classics such as Lake Placid, Last House on the Left, House, and his credits for being apart of the original friday the 13th, and friday the 13th Part 2.

The legacy with this film has given numerous amounts of referrences, tropes, cosplays, and other movie easter eggs, the iconic cream hockey mask or white hockey mask has been shown throughout many incarnations within future films for being the original template and movie molds for them.

Richard Brooker size and design made him one of the many known fan favorites, his mannerisms and body language made him synonyms with the Character throughout many conventions, he was known as a charming and nice man who loves meeting any and all his fans, especially cosplayers.

Happy Anniversary to the Friday that introduced Jason to his Hockey Mask!!!

“Chuck: How come you never scream when we have sex?

Chili: Give me something to scream about.”

A "bridge: movie for pt 2 and 4. It feels rushed but is solid

I thought the nighttime atmosphere was really good

The film deserves more credit than what most gives!

It’s one of my favorites in the series !!