So my first introduction to this was the 2006 movie. I saw it in theater with friends and LOVED it. I watch it now and well it's ok lol. It's the nostalgia.

I finally watched the 1979 version and have to say THAT is a great film. The opening is very scary. 2006 has some jumps in it just not enough

I watched it again a few years ago.... yawn.

It has a decent cast but the script is crap and begs for a rewrite. The drama with the boyfriend and her best friend should've been dropped. It's cringe...and doesn't make the star look good neither. She acts like she hated her boyfriend but obviously doesn't believe her own words and she's the type to take him back in 5 minutes.

Same with her issues with her friend. She's mad...for 2 minutes.

If they had a good story to tell, it wouldn't have needed any of that crap.

The house/set is beautiful. It's almost its own character in the film.


The original was marketed wrong. Other than the intro, it's not really a horror film.
_________________
Little Bill Daggett : You'd be William Munny out of Missouri. Killer of women and children. 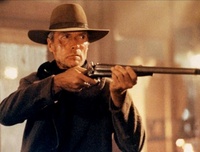 I never saw the original, but I saw the 2006 remake. It was a little dull, and Camilla Belle was just something nice to look at.

I like both versions the original is far superior.

There is a sequel to the original that’s not bad either When a Stranger calls Back.

OCT 31 1978 wrote:I like both versions the original is far superior.

There is a sequel to the original that’s not bad either When a Stranger calls Back.

They were suppose to make a sequel to the remake as well, but it fell apart

From WIkipedia-Screen Gems was initially planning to make a sequel rumored to be titled When a Stranger Returns with Hayden Panettiere set to star as the babysitter, in light of the film's box office success. This sequel never materialized.

Writer Jake Wade Wall discussed the possibility of a sequel in September 2020. His treatment would have the film be a remake of the second half of the original film, where Jill Johnson is older now and has a family and the killer has escaped the asylum, citing the success of Halloween (2018) as an inspiration.[16]