His Name Was Jason (Fan Film)

His Name Was Jason (Fan Film)

Anyone seen this one? It looks to be set shortly before Part 2, a younger “Sack Head” Jason. Acting was what you would expect for a fan film, but still entertaining. The guy that wrote it is currently seeing if there’s any interest in his next entry, “Pamela, A Friday the 13th Story.” He said it will focus on a young Pamela, before Jason is born and follow her up to Jason’s death. You can watch “His Name Was Jason” on YouTube. 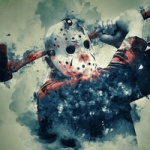 Re: His Name Was Jason (Fan Film)

I personally, professionally, and respectfully would pass on it due to the fact I had a very unpleasant and disrespectful encounter with the Writer of this fanfilm within a Friday Facebook Community.