Many so-called "News" outlits have their articles stating that Bruce Campbell himself is stating that he is alright with someone else playing his iconic character Ash Williams from the Evil Dead franchise which is clickbait nonsense from se of these websites! Bruce himself retweeted an article from DreadCentral and actually said this on Twitter the REAL statement about CM Punk! 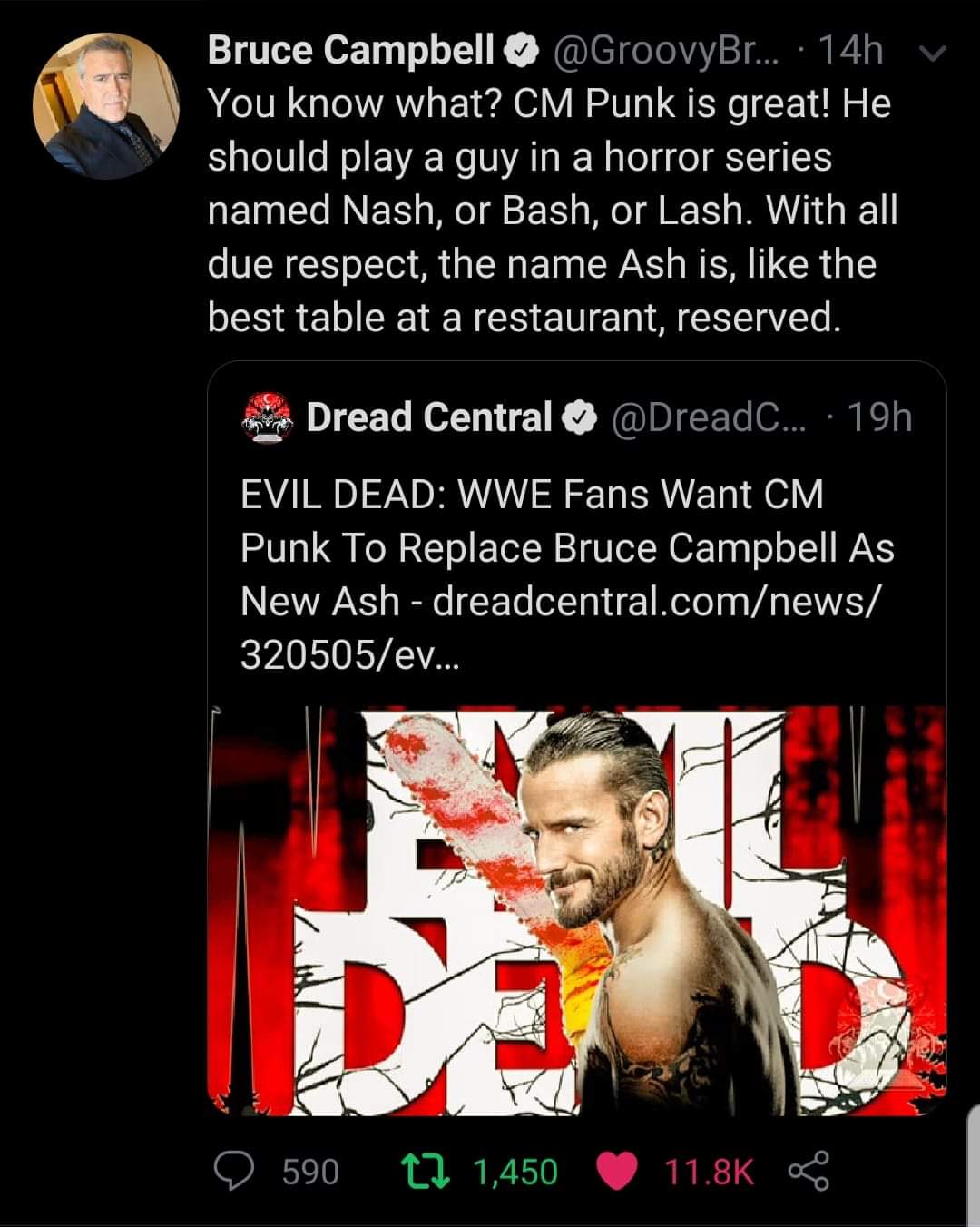 Legend Hero Horror Actor Bruce Campbell had retired his role as Ash Williams of the Evil Dead series, news websites tries to paint that Bruce had stated he wanted former WWE Wrestler CM Punk to replace him with the character had openly revealed that is not the case and that the "Ashley "Ash" William" character is reserved for one and only one person and it's him!