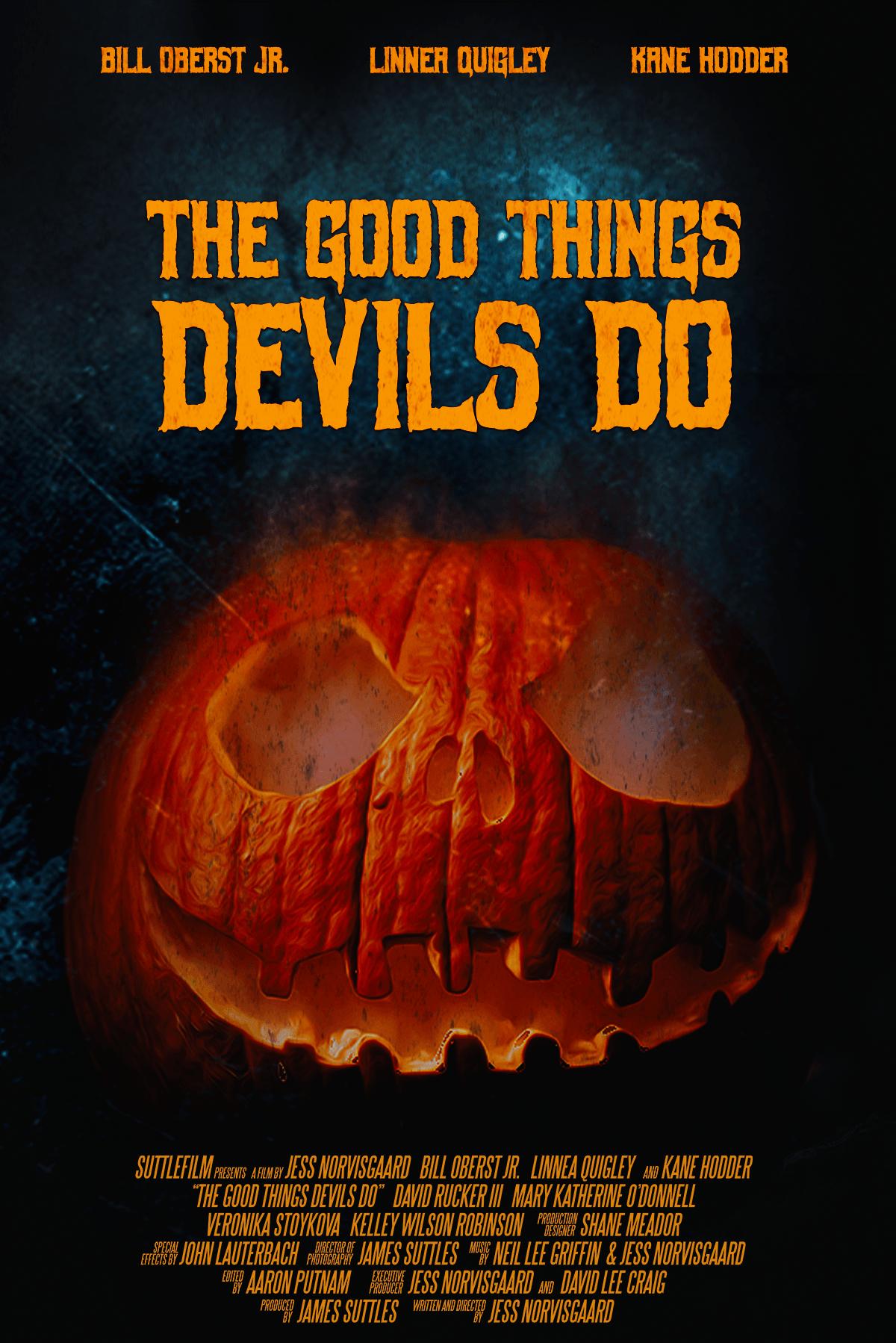 Jess Norvisgaard wrote:Richard, a small-time gangster is retiring. Before he can, he must take one last job: to steal money from a rival gangster's house. Miles apart, Melvin is a reluctant family man who has dreams of becoming a famous curator for his Museum of the Macabre. His newest acquisition? The remains of the notorious Masquerade, a vampire born from the embers of hell, slain centuries ago. On Halloween Night, their paths will collide and they'll be forced to work together to fight centuries-old evil with everything on the line.

Bill Oberst Jr who has been known for his Daytime Emmy Award-winning performance in "Take This Lollipop" and a ratings-winning role on CBS-TV's "Criminal Minds."

Kelley Wilson Robinson is an actress who has played in Ted Bundy Had a Son, The Sinful South, Bound, and I Hate X'mas.

David Rucker III who's credited lists of Fatal Attraction, Sharon & the Sewing Circle, The Quad, and Your Worst Nightmare (Documentary).

Having a cast of experienced actors will always make a good film, this film had comedy galore, it had them all making their characters come to life!

Kane Hodder plays the remorseless and ruthless hitman, who doesn't play by the book, and does what he wants when he wants, and he is perfectly cast, we know Kane doesn't always star in films where he has dialogue but this film shows that stuntmen/stuntwomen can act as well and can be used for such roles not just physical punishment, despite the role, as usual, Kane always "Kills" it!

David Rucker III brings his character to life in his own way, comedic, witty, and colorful, he leaves the role with the development, of the film, one moment doing serious and then comedic moments shows the very pinnacle of what acting is, the switching of his personality, and his behavior can all be seen when watching this film and its amazing to witness!

Bill Oberst Jr has played the more serious and villainous roles over the years but to play a father figure and a criminal isn't an easy task when you are overprotective and yet ruthless, he plays his character with a flawless attitude, he is intelligent, caring, and yet ruthless in his own right, watching over a criminal daughter and then a monster trying to kill you isn't seen most in the horror community, and yet he shows it to be easy to be both a criminal father into a monster killing the criminal father.

Kelley Wilson Robinson who is playing the more "Comedic" role, shows how horror actresses/actors can fit something both childish, and entertaining, her presence in the film brings a positive and innocent type of energy, while also bringing in the "Wait is she suppose to act this age?" moment, the clothing chosen when first watching the film will either make you chuckle or make you blink and have to rewind on what you have just seen, her character brought her uniqueness out and it worked! who can say that horror/action stars can't do comedic roles?

It's self-accredited Action, Horror-Comedy film, and it delivers on this, unlike the typical horror which has the stereotypical goofballs or morons, it gives you that Tucker & Dale vs. Evil feeling that can only be simply given as a self-aware but not self-aware film.

The characters don't make real idiotic decisions, and actually know they are in danger and can't just sit around and form their own plans and it helps deter it from other films in the genre, there is no over the top scene dramatics, its pureblood, gore, and combat! something most horror comedies lack in their films.

I believe there could/can be a major amount of sequels to this film, an anthology of horror mythos into a multiple given franchise, something of what John Carpenter wanted, which story has a premise of karma coming towards people both villainous and innocent, this film dealt with an ancient evil, and this could and can be expanded upon in different stories or flashbacks, and keep some of the characters as recurring major plot events.

I believe Jess Norvisgaard did an amazing job for this film as both the writer and the director, it was by my standards as a long time horror fan something that brings us a new take on the horror-comedy genre as a whole and this surely can help out the current genre, I am tired of seeing the same generic tropes of "idiots" and "goof" balls being seen and used in each of these films, but this film actually puts in the "Horror" and "Action" along with perfect timing comedy and the direction of how it should/could be done! I do wish it had more of Kane Hodder's character and Bill Jr character interaction because their chemistry behind the characters played so well, and plus its time that actors change it up from time to time, I hope to see Jess give this cast another reunion to help cement them in the horror-comedy genre.

I have no real ill reviews for this film, people can judge it because it's new, and that's something good, the blood, gore, and witty liners all fit perfectly, the fact most cant handle this truth gives it negative feedback when I don't see it, it had the perfect cast and budget for the film! I hope Jess gets more horror legends on board for future horror comedies like C.J. Graham, Tony Todd, or even Robert!

Wanna know where you can watch this film? click this link!!! Tubi: The Good Things Devils Do