Most infuriating match ever? Yes!

Most infuriating match ever? Yes! 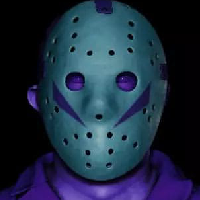 I have to compliment you on your restraint with killing that Kenny clearly trying to suicide via Jason. Of the hundreds of times I've purposely let Jason kill me to get Tommy, and literally I've only come across one smart enough not to kill me when I was obviously giving myself up.

I've had a couple matches like this one, but the most toxic players I've ever encountered have been individuals. One guy who was taunting my friend (whose mother had just passed) by telling her to kill herself because nobody would care if she died. Not a good idea while her husband was playing with us. I'm not going to repeat what I said back at him on that one since I'm not particularly proud of it.

Another guy, JasonKiller something or other generic like that, who went on a foaming at the mouth cruse-laden tirade on me, telling me how trash I was and how I didn't know how to play the game right.. Why? Because I slashed Tommy to death. That was it, and apparently enough to send him into a psychotic rage. I heard someone going into my shack, and at the exact same time, here comes Tommy running up to me, for some reason completely out of stamina and with no weapon. Like I was going to turn down an early Christmas present. He got my sweater, so I guess he thought he was entitled to the kill, or that Jason is entitled to play the way he felt I should play. He tried to troll me for a couple of minutes until I got his PK, then he immediately used the sweater and left the match in the middle like a little bitch... Then decided to message me afterward with every 12-year-olds favorite slur. That incident amused me more than anything though. I came out on top, and must have been doing something right to piss off somebody that bad without even trying.

A bog standard hacker was giving me trouble; taunting me every chance he had, telling the other counselors exactly where I was (he was using an always-visible Jason hack), etc. I came out on top, though. Turns out he was a terrible driver and managed to get all three of the people he tried to drive off with killed because he got the car trapped between a tree and myself. Once everyone else was taken care of, he'd run back to the car and get pulled out by me. He'd instantly break out and try to start the car again, taunting and cursing at me as we'd rinse and repeat for the next three minutes. He must've realized that he was getting nowhere fast and 'took pity on me because I'm so bad' and let me kill him.

If counselor players get pissed at Jason outplaying them, that Jason is doing everything right.

Fair Play wrote:If counselor players get pissed at Jason outplaying them, that Jason is doing everything right.

This. It's almost as if Jason's like, an antagonist or something.

I really need to get back on this game.. People still play alot?

jasn88cubs wrote:I really need to get back on this game.. People still play alot?

Haven't played in a good few weeks, but I could still reliably find games; it just took a bit longer. I've heard rumors of hackers creating lobbies containing 20+ players at once, though...

jasn88cubs wrote:I really need to get back on this game.. People still play alot?

Depends on what platform you're on. Don't know how long you've been gone, but you may or may not be aware that dedicated servers are gone so we're back to the P2P issues of internet lag and host-quitting. PC is a hacker-filled mess right now. Can't speak for Play Station, but X-box still has a decent play base, but it's dwindled quite a bit since the switch to P2P. Used to never have a problem finding a match, and I don't exactly play at peak hours, but now some nights it can be a bit of a struggle to find a full lobby at times. I have noticed the situation getting a tad better in recent weeks. Back in November, the game was almost unplayable with all the host-quitting, but it's calmed down enough I can actually get a few full matches in on a good night. There's a lot of jerks out there that don't care, but I think it took a while for casual and newer players to realize they were screwing everybody over when they left the match early as the host.