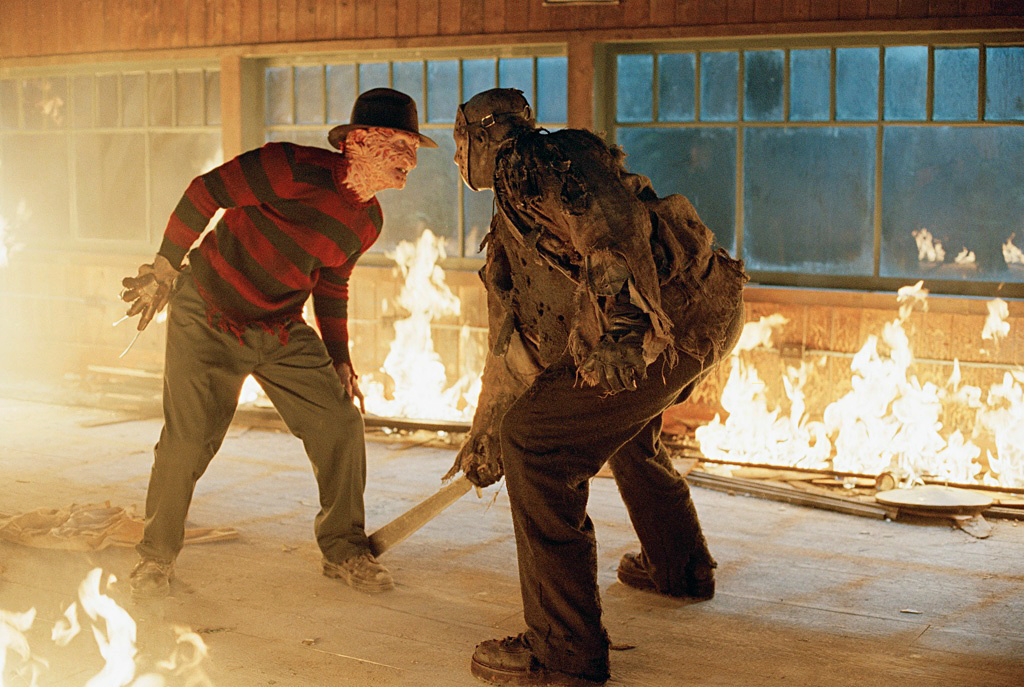 Robert Englund wrote:“When you see Ken, you’ll see the reason why [he was chosen]. He’s really, really tall. And that’s what Ronny…That’s why he did it. It was just a size thing, it had nothing to do with Kane’s worthiness. Ronnie just had it in his head that Jason had to be absolutely humungous. And Ronnie is the director. The decision rests with him. Kane is a stuntman. So, there’s nothing in this movie that Kane couldn’t do. It’s just the size. Simply size. Kane is bulkier. And Ken is just really, really tall. There is a certain exaggeration of the whole story. The whole movie is kicked up a bit. I think that’s how Ronnie sees it. It’s a little larger than life.”

Ronnie Yu has confirmed himself on why Kane Hodder didn't reprise his role as Jason which would have been Kane's 5th time playing the supernatural hockey mask killer and the reason why and how the Freddy vs Jason was connected in the first place, Ronnie wanted a specific meaning mainly over the eyes and the height he wanted Jason to tower over Freddy and also wanted Jason to have "Sympathetic eyes" but this isn't the first time Kane and Ken actually met! Yes! in fact, they met on Friday the 13th Part 8: Jason Takes Manhattan with this infamous scene!

(Jason Voorhees played by Kane Hodder throwing and killing a Younger Ken Kirzinger when he was playing the cook.)