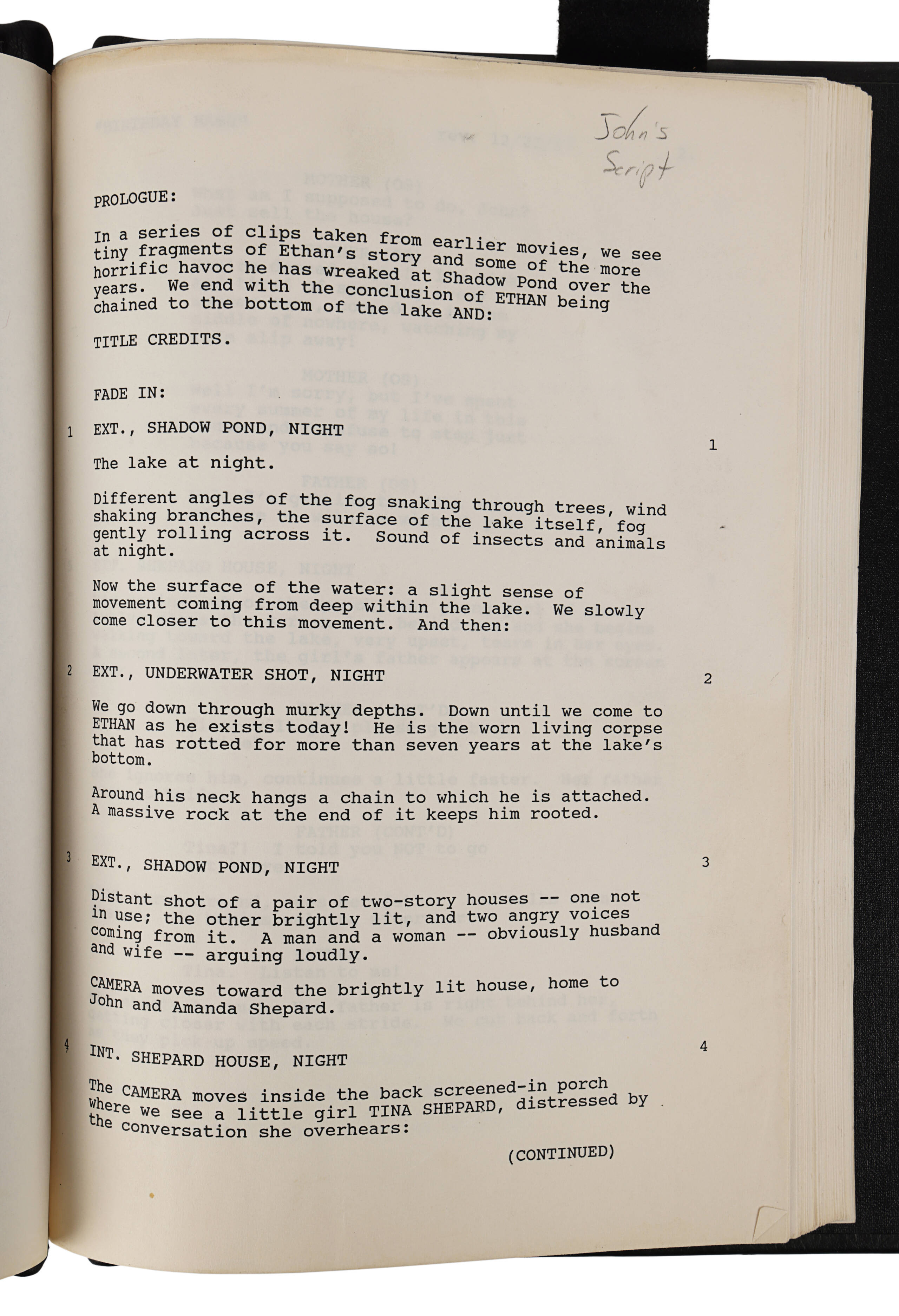 If you cant see it thats fine here is the crop!

So the timeskip is more than 7 years from Jason Lives own timeline! This can mean alot because this means Tina being a child still in the prologue and her turning around 18 years old later may be a longer timeskip than previously thought!

For those reading the script heres the trivia!!

The Title of the script was called "Birthday Bash" to hide that it was a Friday the 13th film.

The Script is changing Jason's name to "Ethan" to again hide the fact its a Friday the 13th Film while also replacing Crystal Lake with "Shadow Pond".