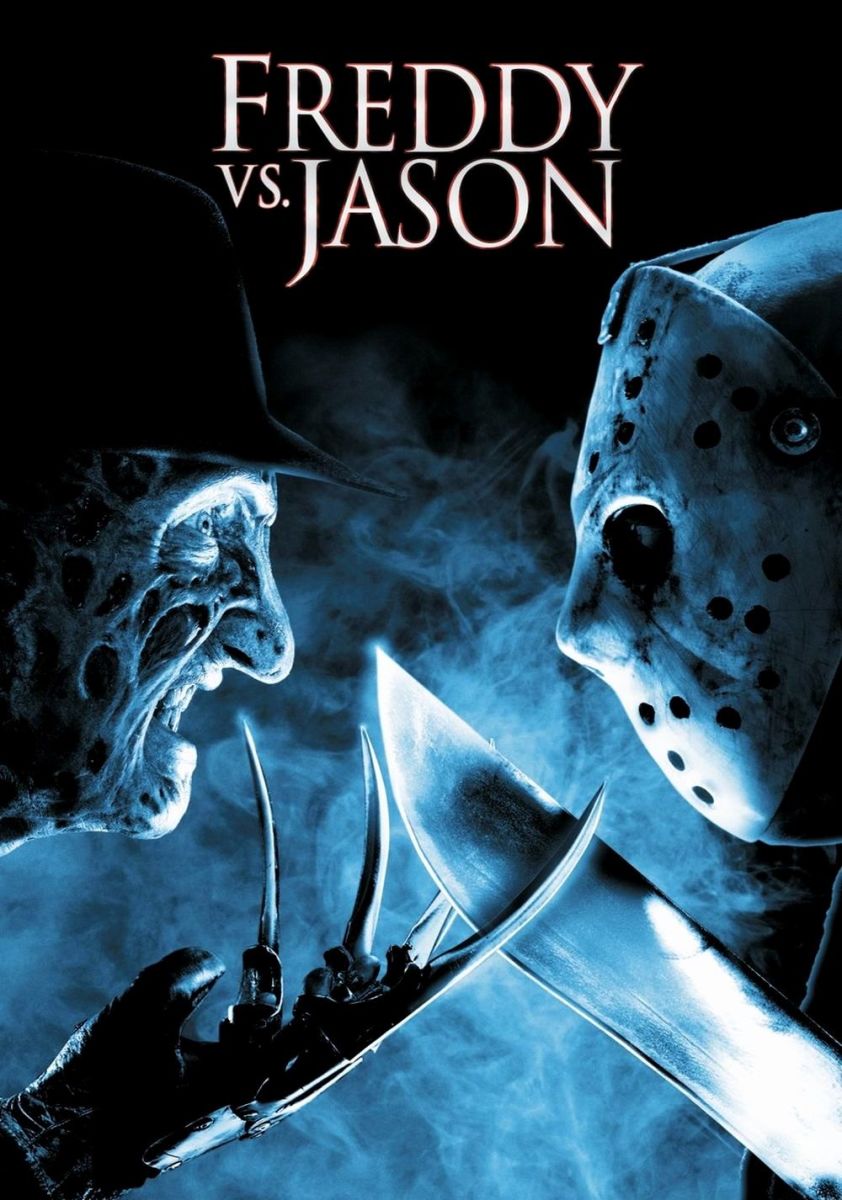 Two horror icons face off in this supernatural movie. Disfigured serial killer Freddy Krueger (Robert Englund), who attacks his victims in their dreams, has lost much of his power since citizens of his town have become less afraid of him. Enlisting the help of fellow violent murderer Jason Voorhees (Ken Kirzinger), Freddy orchestrates a new killing spree. However, when the hockey-mask-wearing psychopath won't stop chopping up Freddy's intended victims, the two ghouls start to battle each other.

The legacy behind Freddy Vs Jason is a pro and con throughout the fanbases, the film is the highest grossing of either series but not without heavy criticism.

Kane Hodder Controversy: Fans are highly upset about the treatment the 4x Jason actor recieved after being recasted for Ken Kirzinger, despite fans wanting to see Kane Vs Robert aka Jason Vs Freddy, and the fact Kane help build up this monster match-up.

No Love For Freddy: Robert Englund had played Freddy Krueger for years, and him getting a single kill in the film was seen as a botch on New Line Cinemas side, as its commonly known as "The House That Freddy Built" and fans felt NLC didnt show enough of Freddy killing people.

Jason Design: The Jacket might be a more common design now, but fans have heavily made their criticism about the design some hating and some loving, some like me calling it the homeless jason design, and others calling out the pure lack of continuity from the previous designs as an overall. (Yes this includes JTM and JGTH forgetting continuity as well.)

Ronnie Yu: One of the biggest cons was having a director who publically states he never watched and has nk real knowledgd about EITHER franchises being put as director and IS one of the main reasons why Kane Hodder wasnt recasted as Jason Voorhees, he is disliked for his creative decisions.

Overall its someones 1st Friday/Nightmare film and its nothing wrong but for those who knows the series knows its not faithful to the overall franchise.

Happy anniversary FVJ!! A fun and entertaining Horror grudge match that we fans had been clamoring for forever!!

Freddy Krueger
"I should warn you, princess: The first time tends to get a little... messy.”

OCT 31 1978 wrote:Happy anniversary FVJ!! A fun and entertaining Horror grudge match that we fans had been clamoring for forever!!

Freddy Krueger
"I should warn you, princess: The first time tends to get a little... messy.”

If only Kane Hodder was the Jason behind the mask!!

I just remember the HYPE this movie had though

jasn88cubs wrote:It's what I call a "Saturday Night MTV movie" It's good but bad

I just remember the HYPE this movie had though

I agree especially with the weigh-in that caught so many people.