Note: Part 2-4 takes place in the same week (or even weeks?) so it's kinda useless to even list those here and if his birthday WAS during this time he would have been 39 years old but no month was given that I remember.

Note: Tom Mcloughlin himself had stated Part 6 takes place in 1986!  But ofcourse, this could be counted as pure continuity errors/mistakes but he is the director which conflicts with it so much for this discussion!

Sources have claimed Tommy in Part 5 (A New Beginning) was 17 years old and not 19 yrs old.

But if we go down even more...

Jason Voorhees would be 56 years of Age around this timeline if given correctly.

Note: Tim Burton's Batman is in the background the same year Part 7 was released but this doesn't mean Part 7/8 exists in 1989 whatsoever.

Note: Adam Marcus the director said the company told him to Ignore Part 8 and continue from Part 7, this major statement still place a 3 years gap for Part 7 which still is taking place in 2003 along with FvJ meaning Jason would have been 57 years old at this time.

Now in-between FvJ and Jason X where Freddy Vs Jason is a Prequel to Jason X where Jason is capture in the year 2010 (if I remember correctly it was stated in the film) meaning Jason would be 64 years old and with the whole frozen in time concept Jason would have been 509 years old.

If you feel the need to comment "Who Cares [Inset Generic Response]?" then don't comment here, the purpose of this website and its threads is to educate and discuss between one another not sit and talk about the repeated same ole same ole discussions, I love hearing other people's questions and I love answering them to the best of my knowledge.

And to inform you this is strictly for the Original Timeline this is not for the 2009 Friday the 13th film which is in itself self-explained and self-given for the Character!

The Tom Mcloughlin statement is from a Slash N' Cast video

3:50 Mark to the 4:06
As for John Carl Buechler, only a few people have asked him this Question and from multiple testimonies, he puts that it's been 10 years after Jason Lives (aka F13 Part 6) so yeah.

Sources for Part 5 are mostly fan speculation there is no legitimate evidence of what time this film takes place sadly so 5 years is all we got.

Part 8?...yeah nothing for any timelines here so yeah my bad! It's mostly headcanon for this one!

Freddy Vs Jason writers answered this question asked by me! 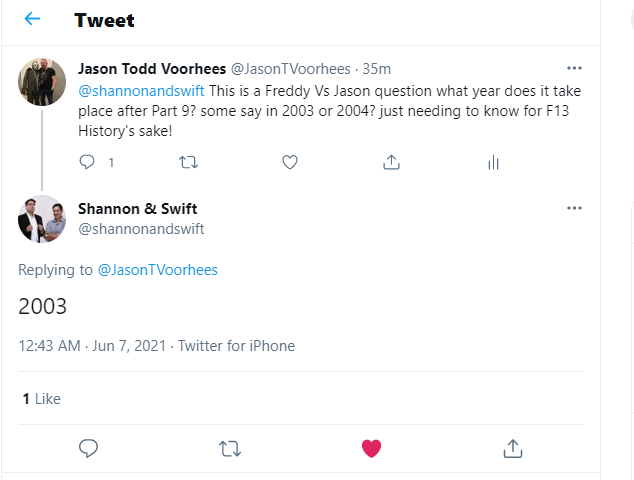 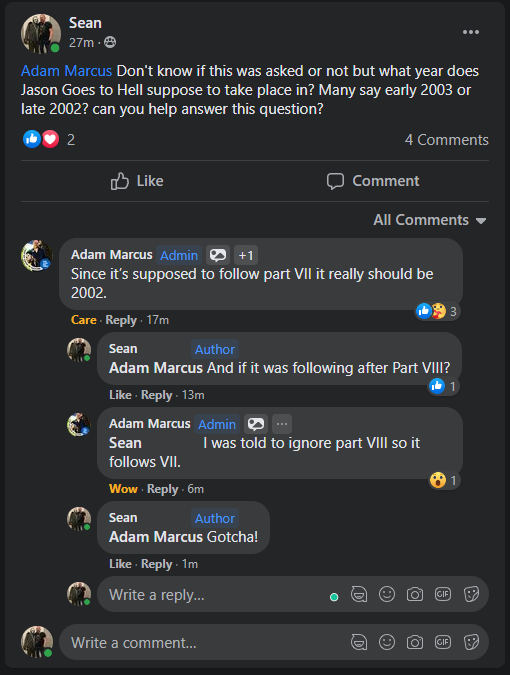